Cricket is a team sport played with balls and bats, very prevalent in the United Kingdom and Commonwealth associated countries.  It is more complex than it seems at first sight, making those international players that succeeded in mastering its secrets praise-worthy.

In case you ever wondered what a list with top cricket players would look like, look no further!

Recognised as the ‘Lord of Cricket’, Sachin Ramesh Tendulkar was born in 1973 in Bombay, taking cricket as a passion from an early age. At only sixteen, the one would later be known as the greatest batsman in the history of cricket, highest run-scorer of all time and singular competitor to have scored one hundred international centuries, Sachin made his shy test debut in 1989 against Pakistan in Karachi.

This marked the beginning of his ever-growing talent, going on to represent India internationally for over twenty years with prowess. His career is characterized by multiple exceptional achievements, determining to his homeland to refer him as ‘The God of Cricket’. During the ICC World Cup 2011 in Mumbai, he played a crucial role in bringing home the big prize as part of team India.

The ‘Little Master’ or ‘Master Blaster’ holds the record of the most runs in Test and ODI cricket, being able to complete more than 30.000 runs in transnational cricket. In 1994, he received the Arjuna Award for his remarkable sporting accomplishment, along with the Khel Ratna prize in 1997, India’s most remarkable sporting honour. Many awards were to come his way, continuing an already extensive list with the Padma Shri and Padma Vibrushan in 1999 and 2008, the most important civilian awards from India.

His many achievements earned him a mention in Time magazine in 2010 as one of the ‘Most Influential People in the World’. He retired for good from all forms of cricket on 16 November 2013, with numerous distinctions, awards and broken world records to its name.

Sachin Tendulkar is certainly a symbol of cricket at the highest levels, and we couldn’t help but offer him the most honourable spot in our article: head of the list.

India scores again on the international cricket team, adding another legendary name to our comprehensive list: Kapil Dev. Kapil Dev Ramlal Nikhanj, aged 63, is an Indian former cricketer whose name made headlines in the sporting field.

From such an early stage of his promising career, Dev has managed to leave quite a strong impression for Haryana in November 1975 against Punjab. He led Haryana to victory, finishing the season with 121 wickets and 30 matches.

One of the greatest all-rounders in the history of cricket, Kapil Dev helped India to triumph in the first World Cup in 1983. He was the captain of the Indian cricket team at only 24, making this victory an outstanding career achievement. His sporting presence changed the future of cricket in India since he coached the national cricket team and recorded the highest number of wickets in Test cricket.

He retired from this sport in 1994, still holding the title of the youngest captain to win the World Cup for any team. He will always be remembered as a fast-medium bowler and hard-hitting middle-order batsman.

If you have been inspired by this cricket star, you can play online casino games from your gadgets with only one click!

As one of the greatest batsmen in history, he relied on power hitting and batting techniques for his notable innings for West Indies Team. On a global scale, Viv Richards was the third best batsman in test cricket. Moreover, the accomplished sportsman managed to obtain ’20 men of the match’ prizes as the first cricket player in history.

Under his guidance, the West Indies won more than half of 50 Test matches, with only 8 losses to their portfolio. In ODI cricket, his 7000 runs, along with 36.000 runs in first-class cricket made him a sports star on the list of top 10 cricketers in the world.

Even his eye surgery back in 1984 did not hold him back from evolving in this industry. In 1999, Vivian Richards was knighted for his outstanding contribution to cricket, only to be named a year later one of Wisden’s five Cricketers of the Century by a 100-member panel of professionals.  Now 69, Sir Isaac secured his rightful place in the ICC Cricket Hall of Fame in 2009.

Additionally, he instilled his cricket passion in his son Mali, who played first-class cricket.

Cricket is an inspiring sport that can be adapted to both physical and digital play environments for a high-paced experience.

The great men from our list turned an early dream into a fulfilling career, bringing countless awards to their countries and making nations emotional with their every move, victory and failure. At the end of the road, this noble sport will teach us that with effort and perseverance, ‘dreams do come true.’ (Sachin Tendulkar). 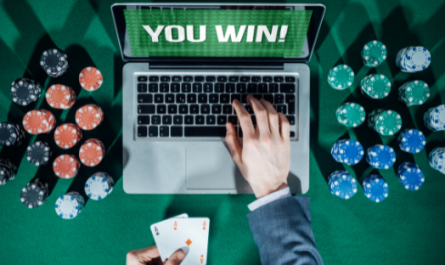 Why Do Online Casino Gambling Sites Give Players Bonuses?