Movies Around Cannabis And CBD

The mainstream movie industry has always had a pretty tight leash on any mention of anything to do with cannabis or CBD.

The idea of blending CBD and movies together, or even just mentioning cannabis products whatsoever, would have been unheard of 20 years ago.

Nowadays, though, it is common to hear movie characters discussing CBD oil. This is not to mention all of the different movies out there with cannabis as its primary focus.

For those wanting to see cannabis and CBD in movies, here are a few select movies that might be worth a watch.

For many people, 2008’s Pineapple Express was the first cinematic experience that truly shined a light on positive cannabis use.

Though ostensibly a story of two stoners dealing with criminal connections, Pineapple Express is one of the first stories where the concept of imbibing cannabis isn’t portrayed as an inherent evil.

Though the story itself is… pretty weird, the fundamental core of the movie is about trying to enjoy cannabis peacefully and appreciate a perfect strain.

Pineapple Express is a great movie to watch for those who want to change their perspectives concerning cannabis in general. If anything, it is likely to partly radicalize them, as the movie opens on the idea that cannabis was made illegal because it made people non-compliant.

So, despite its silliness, Pineapple Express is a necessary part of the curriculum for those looking to watch movies about cannabis.

Up In Smoke: The Classic

Not very well known outside of a particular genre, Up In Smoke is the first in a long line of stoner movies by the comedy duo Cheech & Chong.

Though it is obviously a silly comedy movie, it is also incredibly impactful, as it essentially created the stoner film genre and gave rise to many movies about cannabis.

While most people would agree the movie is pretty dumb, the value in Up In Smoke is how it helped legitimize the concept of imbibing cannabis to the masses.

Made as part of the long-running counterculture movement in the ’60s and ’70s, Up In Smoke is the movie that many credit as their first exposure to the concept of cannabis for pleasure.

It brought cannabis to the mainstream and is one of the main reasons cannabis is as well-loved and appreciated today. Hence, it deserves a watch by anyone interested in cannabis.

Pootie Tang is not just perhaps the weirdest film on this list, but it is also probably the least well-known.

Infamous for utterly bombing at the box office on release, Pootie Tang is a movie that was always out of its time.

Made to send up the concept of blacksploitation movies of the ’70s and ’80s, it never hoped to entertain modern audiences.

That was until it became known as a cult stoner movie. Though cannabis doesn’t feature quite as heavily in this movie as it does in the other movies on this list, it is obvious that cannabis was critical to creating this weirdly specific and strangely fantastic satire.

In contrast to the rest of the movies on this list, CBD Nation is all about CBD from a scientific and usable context.

With a strong focus on the potential medical benefits that CBD might offer, this film is about exploring the science and research surrounding CBD and cannabis.

This movie definitely strives really hard to stick towards education rather than entertainment.

With more scientific studies out there than ever before talking about the usefulness of CBD and other cannabinoid products, it’s no surprise how popular the compound has become.

Though CBD Nation can definitely be described as bordering on preachy, this movie is the perfect film to show to someone that remains unconvinced about the potential benefits of CBD.

With plenty of documented, accredited research and a surprisingly well-presented series of arguments, CBD Nation is a great non-fiction movie that isn’t actually horrendously boring. 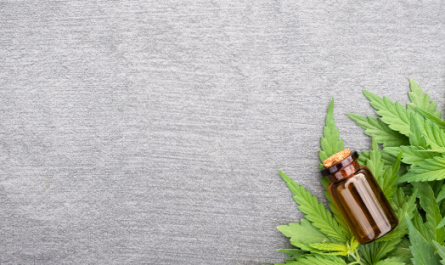 CBD Capsules vs. Oil: Which One Is Right for You? 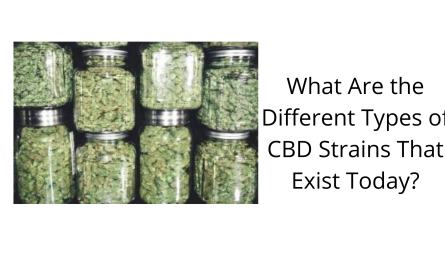 What Are the Different Types of CBD Strains That Exist Today?

Debunking the Most Common Drug Addiction Myths That Exist Today