There’s no guarantee that you will always obtain a confirmed reservation on your ticket booking from the Indian Railways. Occasionally, an RAC, or even worse, a waitlisted ticket, is all you can get. Everyone who takes a train trip understands the stress of having a PNR waiting status. You are constantly in a state of dilemma, being unsure of whether you can proceed with your upcoming journey planning or not.

The Indian Railways now offers a PNR prediction tool in addition to the regular PNR status tracker. Check the current status of your ticket to nearly 100% accuracy with RailMitra’s PNR status checker tool. You may also see how likely you are to get your PNR status confirmed.

Read more to learn how a PNR moves from the waiting list to the confirmation phase.

It’s updated daily, yes. Many rail fans and experts have questioned whether or not the updates are reflected in real-time. Your waiting position should improve by one by the end of the day, barring any cancellations (mostly a few hours after the cancellation is updated in the database).

It’s important to think about a lot of different things. Let’s have a look at a few of the more important ones:

Schedule of a Train: Travellers tend to favour trains that leave their origin stations between 5 and 9 p.m., according to data. This way, people can wrap up any necessary business before going on their trip.  For shorter trips, this also implies that passengers can rest during the trip.  Passenger Name Records (PNRs) on the waiting list have difficulty getting confirmation even on perfectly punctual trains. Travellers can know the train schedule with the help of a railway enquiry app.

Seasonal Rush: In India, celebrations are integral to daily life, so plan your train trips accordingly. Because most people who buy festival tickets intend to travel, your confirmation odds plummet if your route coincides with one.

Seating Quotas: They apply to certain seats reserved for VIPs, foreigners, those with disabilities, and patients. Typically, such seats are unoccupied, and the Railways release them at the last minute to improve your waiting standing. However, there are situations when the entire train’s capacity has been reached. An event like that is highly unlikely but not impossible.

Mishaps/Natural Disaster/Train Cancellations: The waitlist system can be thrown out the window when any of these events take place along the route. Then the other passengers whose tickets were verified will be allowed to ride on the train of your choice. Plus, the waitlist removal will take effect immediately. As things are outside your control, you can only hope they don’t occur right before your departure.

Why is there an Initial Slow Movement of a Waitlist Queue?

If you didn’t book your train tickets 120 days in advance but did so 115 days in advance, and owing to high demand, you have been issued a waitlisted ticket (within WL 1-10). However, you are positive that the ticket will get a confirmation status within a week. So, you keep looking at the PNR website daily to see if anything has changed. After a week, the situation hasn’t improved at all. Never lose your cool in a crisis! This pattern frequently occurs. In the first few months of a waiting list’s existence, there is no discernible change in the degree of activity (or progression) among the many queues. The quota seats are still reserved, and unless you’re on a third-choice train (the trains which travellers only opt for as a last resort), you won’t see many cancellations within the first few weeks. It’s a common occurrence despite several confirmed ticket holders making speculative bookings (with a slim hope of making the end journey).

When Does the Waitlist Queue Begin Progressing Swiftly?

It all depends on which train you’re taking. The most frequently booked trains fall into three distinct categories. These categories are:

First Choice Trains: Usually, they are the most preferred trains on a given route. They get you where you need to be quickly, punctually, and with the fewest delays possible. The most luxurious trains, including Shatabdi, Rajdhani, Duronto, and other popular ones, fall into the category of first-choice trains. This list may include a few other trains because of their advantageous departure times. Waitlist action for these trains wouldn’t begin until around a week before departure at the earliest. It would be helpful to stay optimistic because confirmed ticket holders do not want to give up their tickets. Tickets on the waitlist are sometimes accepted at the door.

Second Choice Trains: Travellers mostly opt for this option if they miss getting reserved seating on their First Choice trains. They aren’t as reliable as the first-choice trains and often end up being late or experiencing greater delays (but less than the third-choice trains). Waitlist status changes for these trains can be seen beginning one month before departure. However, it would only have a minimal impact. If you’re hoping to see significant movement in your PNR status, you might have to wait until last week.

Third Choice Trains: Passengers pick these trains as the last resort when they have exhausted all other options. These trains move slowly, stop frequently, and are frequently late to their final destinations. For certain trains, the waitlist queue activity consistently peaks. The highest rate of train cancellations persists for this subset because they are typically used as a last resort after alternative travel plans have been made. Beginning two months before departure becomes quite eventful.

Why Does the Final Week Before a Trip Shows a Spike in Waitlist Activity?

A lot may change over one hundred twenty days because it is quite a long time. Until approximately a week before departure, most people don’t give much attention to their upcoming trip. Usually, most passengers start their decision-making between 10 and 15 days. The Indian Railways refund policy has also contributed to this trend on a psychological level.

Until 48 hours before the train is scheduled to depart, you can request a full refund (excluding cancellation fees). After that date, the refund amount starts reducing. Your ticket refund value stays the same, whether you notify the railway a month in advance or 48 hours before the train leaves. Confirmed ticket owners tend to take advantage of this by cancelling at the last minute. That’s why there is a flurry of activity in the week leading up to departure.

When Does the PNR Confirmation Process Terminate?

After the Final Chart is generated, typically 3-4 hours before the train departs, the waitlist queue stops moving. Online waitlist tickets that have not yet reached RAC status are cancelled and passengers’ accounts are credited with the corresponding refund amounts.

Indian Railways’ new rule for reserving train tickets permits purchasing waitlisted tickets during a shortage of confirmed ticket availability. Waitlisted tickets get converted into confirmed ones in the event of a reservation cancellation by fellow passengers.

If the waitlisting is shorter, the chances of getting confirmed status are higher. So, ensure to be in the know by periodically verifying your rail ticket’s current status. Advanced PNR enquiry services from RailMitra, will ensure you a hassle-free train trip. Also avail the food delivery in train to get delightful meals at your seat from leading e-catering platform, RailRestro. 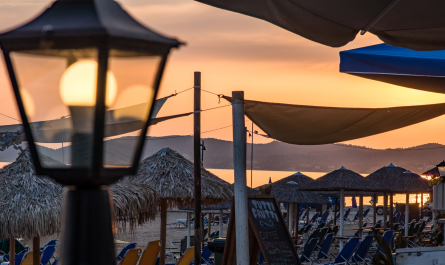 The Leela Goa: reap the benefits of booking a room among Goan culture 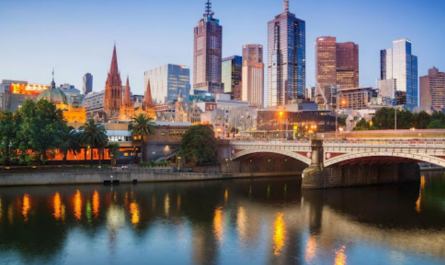 7 Amazing Tips on How to Enjoy Your Study in Melbourne

7 Things to Take With You When Traveling to Qatar