Luxury watches are beautiful, but there are so many brands out there competing for consumer attention that it can be difficult to narrow down your choices to just one. Fortunately, more discriminating shoppers may be glad to know that Omega luxury watches are available in the market because the Omega brand has a long and distinguished history.

If you really want one word to describe these luxury watches, it is this one: quality. Buying an Omega watch is a good investment because these timepieces are not just lovely to look at, but they are also highly functional. There are different kinds of Omega watches, so you have a wide range of choices from this brand alone. And they all carry the brand name, which assures shoppers like you that you are getting a good deal with your purchase.

You may have been star-struck recently and are over the moon with your new love. This may be so thrilling for you that you’d gladly buy a watch that has the distinction of being endorsed by moonwalkers themselves. The good news is that there is an Omega watch that has indeed made it to the Moon! Yes, the Speedmaster was selected by NASA to be worn by an astronaut on the first moonwalk ever taken by a human being from Earth. What made this victory so sweet is that other brand-name watches underwent the same tests as the Speedmaster, but it was the Omega watch that performed creditably under testing. And history now recognizes that the brand was the first watch to reach the Moon’s surface ever. Not bad, huh?

Why were the tests on the Speedmaster so convincing? These tests were composed of an extreme temperature test, a shock test, an acceleration test, a high-pressure test, as well as a decompression test. After going through all these tests, the other watches didn’t perform well anymore. It was only the Omega Speedmaster that was tough enough to keep running normally. That proved to NASA that they had found a winner.

These watches have done so well because the company only uses materials that are known to deliver when it comes to performance. Some of these materials are even patented by the brand itself. For instance, there is the Ceragold that is actually a mixture of gold with ceramic. The manufacturer uses Ceragold in its Seawater Planet timepieces for men. Another material unique to Omega is the Sedna Gold, an 18k rose gold alloy mixture of copper, palladium, and gold. This Sedna Gold is used in the Constellation in Sedna Gold and the Speedmaster 38 mm. The Sedna Gold alloy is deemed more durable than ordinary gold due to being mixed with the other substances.

Another reason these watches are so valuable is because there is a lot of science that goes into the design, testing, and manufacture of these timepieces. To the idle observer, an Omega watch might seem to just look good. But to a watch connoisseur, these watches are engineered to give maximum performance. Whether you are buying a mechanical or a quartz-powered timepiece, you won’t be disappointed by your choice. The watchmakers of the brand are very knowledgeable about the science of each kind of movement built into every timepiece they make.

Explore the Bond of You and Your Omega

You may have heard of that famous spy in the movies named James Bond by now, which is understandable because Bond movies always deliver on excitement and class mixed into one story per movie. But did you know that the hero of these hit movies, the great James Bond himself, always wears an Omega on screen? The James Bond books, upon which the movies were based, state that James Bond should wear another watch brand actually. But the movie series’ designer Lindy Hemming stipulated that the movie versions should feature a Seamaster on Bond’s wrist instead. Hemming defended her decision by pointing out that the attractive macho spy James Bond would look better wearing the Seamaster, with Bond being a charismatic naval officer, after all. Not surprisingly, the company was delighted with this development and the rest is history.

Incidentally, one of the actors who portrayed the famous spy James Bond is a real fan of the brand. His name? Daniel Craig. Craig is known to wear three kinds of timepieces: the Seamaster 300 Spectre, the Seamaster Planet Ocean GMT, and the automatic Seamaster. The movie requires James Bond to wear the Seamaster Diver 300, which Craig does do. But in his personal life, the other Omegas share equal status because they all belong to the luxury timepiece brand.

Should You Collect Omega Timepieces?

There is no doubt that collecting watches from the brandis worth it. It might have occurred to you to start collecting your own Omega watches. Some people with a high net worth have made it a point to own more than one timepiece from the brand. For example, John F. Kennedy, model Cindy Crawford, actor George Clooney, and even the UK’s Prince William all wore their own Omega luxury watches in their time. Those of you who are not as well known may be debating whether it is worth your money to collect your own Omegas as well.

The truth is, each timepiece of the brand can be quite expensive. However, if you want the perfect blend of engineering functionality and aesthetic beauty, you can try buying more than one timepiece to add to your collection. Each of your timepieces may get adequate exposure if you wear them each on different occasions. You may consider each timepiece is a vital investment that will help you explore your personality during various activities. Whether you are engaging in naval activities like dragon boat rowing or deep-sea diving or are simply aiming to stand out at a public event, you won’t go far off the beaten track wearing your favorite Omega.

When Is the Best Time to Sell a Used Car? 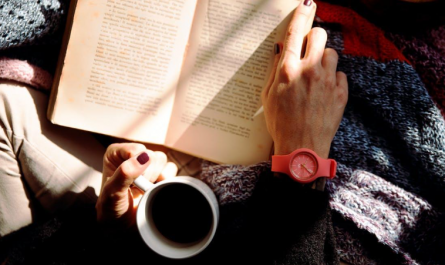 Why Students Need to Read Books 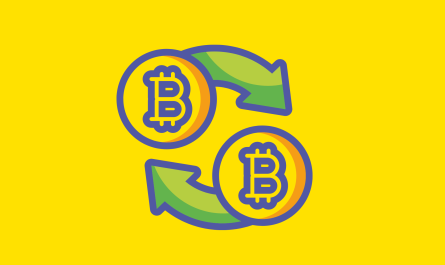