How to Solar Panels Work?

That sheer potential should convince anyone of the promise that solar energy provides. But how do solar panels work?

We all understand the broad strokes. You place the panels in the sun and they collect sunlight and convert it into usable electricity. But what is the science behind this technology?

To explain how a few glossy panels can help us meet the world’s voracious energy appetite, let’s take a look at where this technology comes from, the science behind the contemporary solar panel, and how the modern solar company helps homes and businesses keep the lights on.

The Origin of Solar Panels

Though solar panels rose to prominence in the last few decades, the technology behind them is older than most realize. The power of the sun has long been apparent, with people as far back as the 7th Century B.C. using magnifying lenses to turn sunlight into a fire source. And ancient ruins worldwide show buildings designed with windows that would catch sunlight for heating.

But our modern solar technology is possible thanks to a discovery made in the early 19th century.

Edmond Becquerel was a physicist working in France in 1839 when he observed the photovoltaic effect for the first time. This effect describes the ability of certain materials to generate an electric current when exposed to sunlight. These materials are called semiconductors.

A few decades later, the mathematician Augustin Mouchot took an interest in Becquerel’s findings. By the 1860’s he was registering patents for solar-powered engines.

In 1863, American inventor Charles Fritts built the first solar cell, the ancestor to the solar cells that make up modern solar panels. Though it only had a conversion rate of 1-2% — modern cells have rates of 15-20% — we could see the potential.

The problem was that these early cells used selenium as their semiconductors. The discovery in the 1950s that silicon was a far more potent semiconductor made our current, high-impact solar panels possible.

Over time, solar cells would grow in efficiency and fall in cost. It’s now to the point that the average homeowner can take advantage of their benefits.

So How Do Solar Panels Work?

In our history lesson, we spoke about how important the photovoltaic effect is. But we have yet to explain how it works. To do that, we have to look at how a modern solar cell is constructed.

As we mentioned, modern cells use silicon as their main ingredient because of its potency as a semiconductor. You’ll find it in almost every computer and cell phone on the planet for the same reason. Its ability to absorb and convert electricity is unparalleled.

When we use silicon in a solar cell, sunlight strikes the silicon layer and energizes the electrons in the material. These electrons flow out of junctions between layers of the cell, creating an electrical current. Metal wires and plates attached to the cell capture the flow of electrons, which generates electricity.

But that’s not all there is to the process.

These inverters are attached to the solar array — the assembly of panels installed on a building — and convert them into usable power. This power flows into your home’s electrical box.

From there, it flows to your outlets where you can use it to power devices in your home. Any surplus power produced finds its way out onto the power grid, which homeowners may receive credit for on their power bill.

How Home Solar Panels Are Installed

Should you decide to make the jump to solar, there are a few steps that you need to go through.

The first step is a site visit from your solar provider to see if the property is a good candidate for solar panels. They’ll look at things like the size of the property, the amount of roof space, the amount of shade, and so on. Once they’ve made their evaluation, they can explain to you what types of systems would be a good fit for your home.

Once you sign on for solar services, installation experts from the solar company will make a visit to your property. They’ll inspect your electrical system to make sure it’s compatible with your new solar array. They’ll also check the condition of your roof to make sure it can support the system.

Next is the permitting process. Like any major home improvement, you need to get the appropriate building permits. A lot of paperwork also goes into making sure that you get every solar incentive and tax credit you qualify for.

Luckily, your solar provider can handle most of the paperwork for you.

With the paperwork signed, all that’s left is to order the equipment and schedule an installation. Installation can take from one-to-three days.

Once everything is in place, a representative from the local government will need to visit to give final approval on the work done. With their approval, you can “flip the switch” and start generating solar power.

The future will be solar-powered. Even if climate change were not a factor, we’re on track to use up our supply of fossil fuels by 2090 anyway. So solar technology will play a huge role in powering our future. After asking “how do solar panels work” and learning the answer, it becomes clear why you should get in on the ground floor to maximize your savings.

But solar is only one breakthrough we’ll need to weather tomorrow’s challenges. To keep up with the latest trends as they emerge, be sure to follow our breaking technology news. 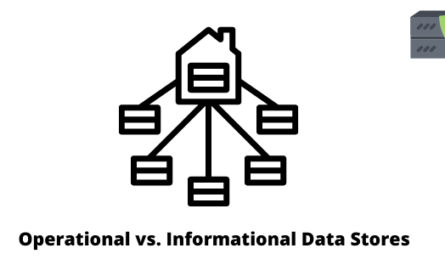 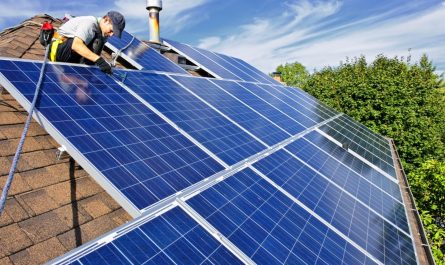 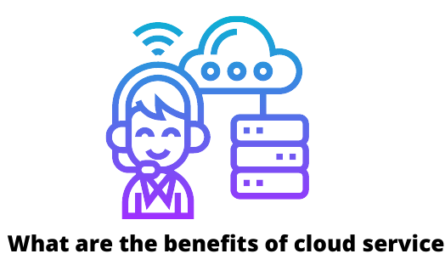 What are the benefits of cloud services