The Funspark ULTI 2020 is the next tournament in the stacked competitive Counter-Strike: Global Offensive (CS:GO) calendar and, whilst it might not have some of the most glamorous, star-studded and in form in the game right now, the tournament’s $250,000 prize purse ($150,000 reserved for the winners) is enough to make this look like a high stakes and exciting spectacle.

Here are some of the top sides you should be looking to back in the upcoming Funspark ULTI tournament.

Complexity Gaming are an org that everyone can get behind. The North American organisation have been competing in Europe’s most stacked competitions ever since the beginning of the online era in the wake of the COVID-19 pandemic back in March. The organisation have recently built one of the finest Esports training facilities in the world back in Dallas, and their owner, Jason Lake, has done a remarkable job in transforming the org from something of a laughing stock within the NA scene to every inch of the ‘Juggernaut’ tag he’s aspired to reach.

You’ll be hard pressed to find a more passionate, honest and dedicated owner that is so heavily active within the Esports community than Jason Lake, and that level of commitment and desire comes across tenfold in the way in which Complexity play in the server, which is exactly why they come into the Funspark ULTI tournament well amongst the favourites in the CS:GO odds at Esports betting specialist sites like Unikrn.com.

The side have already managed to make their way into the upper semi final brackets with a flawless 2-0 win over HAVU Gaming on Mirage (16-5) and Overpass (16-10).

The likes of BlameF, Konfig and Poizon all possess huge amounts of firepower, but it is the untapped potential and all-round selfless flexibility of JKS and 2018 Boston Major winner RUSH that makes Complexity such a daunting side to face off against. RUSH and JKS’ roles especially are vital in how Complexity win their games in the server, anchoring the bombsites, making smart rotations and helping out the side with useful bursts of utility.

They have been nestled in amongst the HLTV top ten world rankings ever since the middle of February, making them the highest ranked org present at the Funspark tournament.

Evil Geniuses are certainly having a hard time of things at the moment, dropping down to a lowly 20th position in the HLTV world rankings in recent times, but there is still more than enough quality on the show in the server whenever they are live to suggest they are still a top quality force in the world of CS:GO.

Evil Geniuses were formed in October 2019 following the StarLadder Berlin Major, acquiring the ultra-talented NRG roster and embarking on a run that saw them reach the summit of the HLTV world rankings following their win at IEM New York.

2020 and the online era has brought with it a plethora of issues for Evil Geniuses however, with the NA side suffering from being on the wrong side of the Atlantic for some of the biggest tournaments during the early stages of the era. The side arrived in Europe at the end of 2020 finally, but it was clear that they were already way off the pace set by their European counterparts and that several members of the camp already had their eyes on other titles.

Ethan, one of NA’s rising stars, left to join 100 Thieves’ Valorant roster and Tarik was moved to the bench in April of this year. With that being said, the additions the side have made look incredibly promising with the likes of Obo set to bring a whole new amount of firepower to the lineup. Throw that on top of the likes of Brehze and Cerq, two of the most acclaimed faces in the current competitive CS:GO scene, and there’s no doubting the talent that in game leader Stanislaw and head coach Zews have to call upon.

Their backs are against the wall, there’s everything to prove, so expect Evil Geniuses to begin producing their best CS at Funspark ULTI 2020. 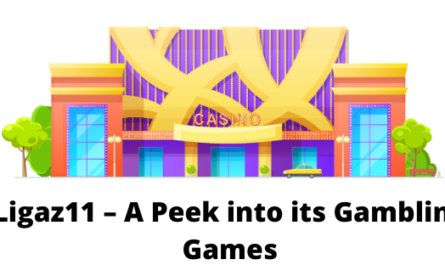 Ligaz11 – A Peek into its Gambling Games

What kind of perks and exclusive benefits are offered by fair-go casinos?

How to Play Online Casino Games: A Step-by-Step Manual

How to Create a Powerful Resume: 5 Steps That Work