Many companies have been using the 360 degree training process for analyzing the employee in a more significant manner. The main reason is that they are popular in motivating the individuals, increasing the rate of production, and are especially affordable.

Implementing the 360 Degree Feedback systems would be effective for performance management with major improvements. These also have a definite impact on the bottom line by easily saving you more time.

Why 360 Degree Feedback Is Important?

The 360-Degree Feedback helps the organization to analyze each and every person along with their role in the workplace. These are developed based on receiving feedback from multiple sources. The main reason is the feedback will be derived from a variety of perspectives. They are also called multi-rater feedback or even assessments. Some of the important respondents are

For gathering the feedback, the respondents would be given the proper assessments in which they would share their views of the leader’s behavior along with performance. Leaders could also be completing the self-assessments compared with many other feedbacks.

Under the process, the leaders would be getting a 100% well-rounded view of performance, behavior, and attitude. In the modern day, most leaders are living in a feedback vacuum. Only a few people would be comfortable telling the leaders about what they are doing. It also gives them complete performance evaluation.

What Are The Components Of 360 Degree Training Systems?

Normally, there will be 3 main components of systems that can be easily analyzed, and these include

Normally, some leaders do not appreciate criticism, so they would see the 360 Degree process as a way to undermine them. Some feel they are very self-aware, so they are quite open to the feedback process. There is no reason to formalize all processes. The 360 Degree Feedback is helpful for creating the best confidential as well as a comprehensive method for easily providing the important information. These are also suitable options for getting to know the perspectives of others.

360 Degree system effectively increases the confidence of the leaders. With receiving positive feedback, it is quite an excellent option for building the confidence of leaders. They would be a suitable way for growing the skills as well as productivity to the maximum.

Process is also helpful for the leaders to easily understand and gain more confidence in the company. It also extensively boosts the morale in the workplace to excellence. Feedback systems in the organization can also be given in a constructive way. They are helpful for analyzing the person in a more significant manner.

Implementing the 360 Degree process is a holistic approach that boosts better transparency. Leaders would also get more training and enthusiasm under the process. It also assures with creating the better openness, which leads to the productive people, a cohesive environment along with the better teams. Creating a culture of openness is the perfect option for gaining better success. 360 Degree based feedback process is suitable for more attributes with success.

When you are looking to improve the organization with an innovative strategy than choosing the 360 Degree based feedback system is the more significant option. The innovative approach is also helpful for the people to easily become quite aware of all the productivity. When the team members provide feedback, then the person can get a complete view of themselves. These are less prone to being biased and one-sided.

With the 360 reviews, it is quite an awesome way to highlight the strength of the leaders. These are also helpful for finding the weakness of leaders in a significant manner. Employees would automatically get feedback from supervisors, but it would be only from a single-dimensional perspective.

Empowering The Leaders And Employees:

Uncovering unknown strengths becomes quite an awesome option under these superior features. These are helpful for both the leaders and the company in a more significant manner.

An important element is that the 360 Degree process is quite beneficial in highlighting all the attributes. Normally, most leaders are unaware that they need to be brought to light. It also helps to improve their motivation level with achieving more success.

Revealing the strength and working towards them would be a suitable option for easily improving growth. Improvement areas are easily analyzed, and they can be worked on for achieving better benefits. Employees and leaders also extensively feel that they have a voice.

Constructive and open communication is helpful for easily exposing a wide number of hidden issues. They are also the perfect option for easily increasing the sense of empowerment.

It also assures increasing the voice of leaders as well as employees. For achieving the Long-term development, it is a convenient option for targeting the area that needs to be addressed.

Normally, all the employees and leaders feel heard. They would also remain with the organization when they feel that they are valuable to it. Based on a recent report, more than 46% of employees in the US have felt that they have a voice with this 360 Degree method.

360-degree feedback increases accountability. Based on a recent Research stating more than 91% of workers feel employee accountability is most necessary for the work. About 82% believed that they could hold co workers accountable. Feedback from the 360 processes is the perfect starting point for all the individual leaders. 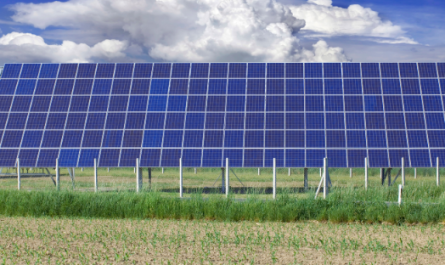 What is the Cost of Home Solar Panels? Everything You Need to Know 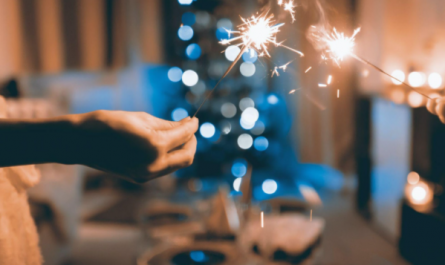