With the popularity of blue gemstones constantly on the rise, it’s no wonder that tanzanite is becoming one of the most popular stones today. It’s famous for its beautiful blue color and has a hardness of 6.5 on the Mohs scale, making it a strong precious stone perfect for everyday wear.

Tanzanite stone was discovered in 1967 in Tanzania, making it a relatively new addition to the world of precious stones. It’s an extremely popular choice for engagement rings due to its blue color but is also used in other jewelry such as necklaces and pendants. Here are ten interesting facts about this beautiful gemstone that you probably didn’t know:

1. It is Extremely Rare

Tanzanite is a very rare gemstone, and its deep blue color sets it apart from other precious stones. It can only be found in one place on Earth – Tanzania in Africa – giving it an instant rarity.

In fact, by some estimates, there are only 30 years of tanzanite left on our planet. It seems that tanzanite may not be around forever, so if you like this stone, you may want to buy some before it disappears. It is extremely rare to find a tanzanite gemstone that weighs over ten carats, making larger tanzanites very valuable (and hard to come by).

It was named after Tanzania, the country of its origin, by Tiffany & Co – shortly after it was discovered and named the gemstone of the 20th Century. The company bought a large amount of the gemstone from the miners that initially discovered it in 1967. They named it after Tanzania and began promoting the gemstone internationally with their marketing efforts, raising awareness of tanzanite around the globe.

3. There are Strict Rules for Tanzanite Mining

Tanzania has strict rules on Tanzanite stone mining to protect their supply of this scarce stone and ensure there will be enough for future generations to appreciate and enjoy. Only government-licensed dealers are permitted to sell it, and anyone entering the mines must pay a toll to mine owners before they can begin working on their claims.

Tanzanite is a trichroic stone which means it appears to be different colors when viewed from different angles. When viewed face-up, tanzanites will typically show a deep indigo blue color, but they will show a violet-blue color when viewed sideways.

Tanzanites have been known to change color over time when exposed to heat and light, so they should not be worn while undertaking activities such as cooking or other tasks that may expose them to extreme temperatures (for example, saunas or sunbathing).

5. Tanzanite is a Blue Zoisite

Tanzanite Gemstone is a blue variety of Zoisite (normally brown) and owes its violetish-blue hue to trace amounts of Vanadium. It was discovered in the Merelani Hills of northern Tanzania in 1967, near the city of Arusha and Mount Kilimanjaro. The Masai people initially found the gemstone.

Zoisite can be found worldwide, but it’s only in Tanzania where the conditions are just right for it to turn into tanzanite. It needs to be heated by underground magma flows to around 500 degrees Celsius (932 degrees Fahrenheit) before it transforms into its new state.

That’s right—2020 saw the discovery of the largest uncut tanzanite, weighing a whopping 9.2 kg, by Saniniu Laizer. It has not yet been cut and processed into smaller stones for sale; for now, it’s been mounted for display at a museum in Tanzania, where it was discovered.

7. Tanzanite is the December Birthstone

The lovely tanzanite is the birthstone for December. The blue to violet-blue tones of tanzanite compliment any skin tone and match various outfits. Tanzanite can be found in intense blue hues, light pastel blues, and lavenders.

While this gem is relatively new to the market, it has quickly become one of the most popular stones available. It is also quite affordable, making it an excellent gift for your December-born loved ones.

Tanzanite is quite different from other stones because it changes color depending on how you look at it! It appears blue when seen face-on but purple when seen sideways on. This makes this stone incredibly versatile when used in jewelry – especially if it’s set with diamonds or white stones like topaz or quartz.

9. It Has Unique Metaphysical Effects

Tanzanite is said to help with weight loss because of its drainage effects on the body and its ability to reduce water retention and bloating. Tanzanite is believed to have many metaphysical properties, including:

-providing insight into how best to serve others

Tanzanite stones have been known to affect people’s moods, triggering positive emotions and making people feel calm, relaxed, and happy at the same time – perfect for when you are feeling down or stressed out!

10. The Finest Stones Have Saturated Color

The finest tanzanite has an intense, saturated blue color with no hints of brown or grey – these are called “Tanzanite blues” and are very valuable compared to lighter stones with browner or grey mixed in with the blue coloring (which are still gorgeous but just not quite as expensive).

The most valuable tanzanites are large and darkly saturated in color, with very few other colors.

We hope this blog post has opened your eyes to the world of tanzanite! In the past, it was only thought of as a blue gemstone. But today, this stone is so much more than that.

If you wish to buy this gemstone, visit a dependable store like GemPundit, which offers a wide variety at the best prices. Don’t forget to ask about the lab certificate from the seller, as it establishes the authenticity of the stone and proves its ethical mining. Look at the color of the stone and also ask about any heat treatments given to it before buying. 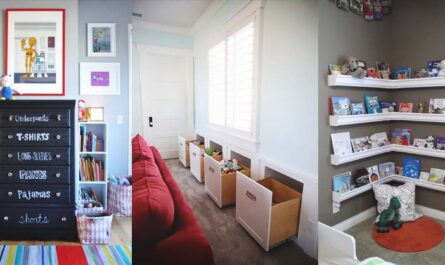 Live in a Small Apartment? Here are 6 Easy Ways to Store Your Kids’ Toys! 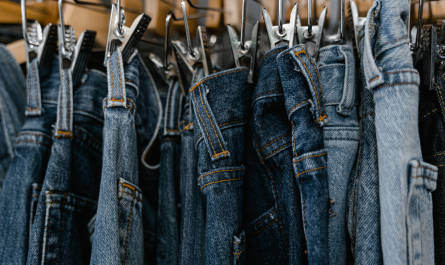 The ‘How Skinny Jeans Should Fit’ Checklist